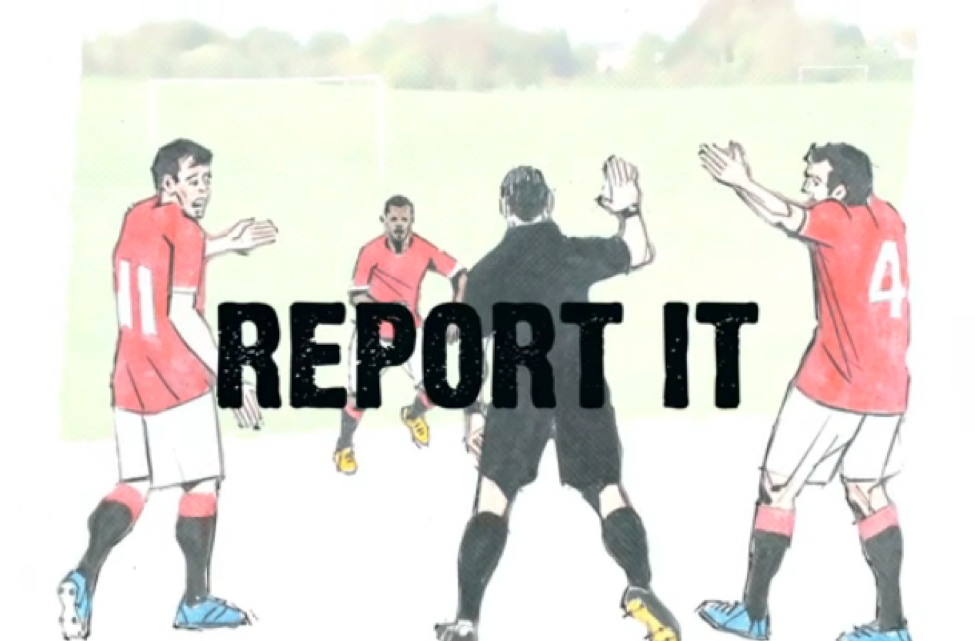 A new Football Association campaign was launched today urging people to report incidents of discrimination and abuse at football matches. Former England internationals Graeme Le Saux and Dion Dublin present four short films, featuring illustrations by my client Paul Trevillion, outlining the steps fans and players at all levels of the game can take if they are a victim of or witness to discriminatory abuse:

Half of footballers have seen racism in the game (Sky Sports)

Henry Winter on the ‘Report It’ campaign