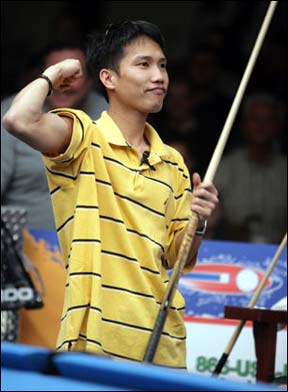 In the early Noughties, I spent some very enjoyable times travelling around the world reporting on 9-ball pool events. As a former professional snooker player (a highly unsuccessful one, I might add… ), my initial idea had been to do some freelance writing on snooker for fun, but a chance meeting with Matchroom Sport’s Media Director, Luke Riches, led me towards the pool instead. At the time, despite having some wonderful players like Ronnie O’Sullivan, John Higgins and Mark Williams, snooker was in slow decline due to the woeful mismanagement of the business side of the sport. Meanwhile, Barry Hearn’s Matchroom organisation was organising the biggest events in pool. Luke told me I’d have a lot more fun with them and invited me to attend the Mosconi Cup – the ‘Ryder Cup of pool’ between the USA and Europe –  in Las Vegas.

My commissions only covered about half my cost of the trip, but it was like a holiday with a bit of work thrown in. The Matchroom mob worked incredibly hard, but they liked to enjoy themselves too and we saw plenty of Vegas in the early hours. As a snooker player, I’d always been pretty dismissive of pool players’ technical abilities, as they played on smaller tables with big pockets, but I soon gained respect for the different skills required to play the game at the top level. I also made some useful contacts in Vegas, and soon I was earning enough from commissions from Inside Pool (one of America’s leading pool magazines), Snooker Scene back home and various other titles to cover the costs my trips. Occasionally, I was even guilty of making a profit.

More importantly for me, a lot of the players had fascinating stories to tell. I’d loved the films The Hustler and The Color of Money when I was growing up, and soon I was meeting people who had actually lived – and in some cases were still living – that life. The tournament prize money in pool was relatively low and even world-class players were forced to play high-stakes money matches to try to top-up their earnings.

Before that first trip to Vegas, the Observer Sport Monthly commissioned me to interview a player on the subject of ‘How to be a Pool Hustler’. Luke recommended I spoke to a guy I’d never heard of – a Filipino-Canadian player called Alex Pagulayan aka ‘The Lion’ aka ‘The Killer Pixie’. He said he was one of the best players around, a great talker and ‘he’s got gamble’ as they say in the States. So Luke set it up, and one night I caught up with Alex on a long-distance phone call to somewhere in North America whereupon he talked me through the finer points of hustling pool for money (see article below).

He was a really friendly and witty, and couldn’t have been more more helpful to me, a stranger with little knowledge of his game.

I was pleased to finally meet him a year later at the 2004 World 9-Ball Pool Championship in Taipei, Taiwan. At the table, Alex was just as compelling to watch as he had been in conversation. Diminutive in stature, but a huge character, who even in the most tense moments could be relied upon to share a wisecrack with the audience. He also had the nearest thing I’d seen in pool to a snooker player’s cue action, which endeared him to me even more. It turned out that he loved snooker – the 1980 snooker world champion Cliff Thorburn was his mentor and in Taiwan to cheer him on – and he was capable of making 130-plus breaks.

Aside from his technical and shotmaking ability, he also had loads of bottle. During that week, there were many critical moments where he upped a gear when required. He won the tournament to become world champion and scoop the $75,000 first prize (Watch the final vs. Pei-Wei Chang here: https://www.youtube.com/watch?v=RdPniYGz8jA and https://www.youtube.com/watch?v=4NUxnthx8-A). Then it was off to a bar in town to celebrate with a happy band of Filipino fans who’d supported him all week and anyone else who wanted to come. And the celebrating involved a lot of karaoke (Alex dueted with Barry Hearn, Cliff Thorburn among others) and dancing on the bar. It was a great end to a busy week of 12-14 hour days. He even signed the 9-ball he’d potted to win the tournament for me.

A decade on, I don’t write about pool, but am back enjoying watching snooker again. Barry Hearn’s takeover of the snooker has seen the number of tournaments multiply four times over as he has exploited the global demand for the game that previous regimes either ignored or were incapable of satisfying. The game is thriving. When I hear modern snooker players moan about now having to travel the world to pursue their profession, I have little sympathy because I always think back to the pool players I met like Alex Pagulayan who did they same for far lower potential rewards and much greater risks.

Then, this summer, I heard that Pagulayan, now 37 years old, was entering snooker’s Q-School, two tournaments where eight players can gain a two-year ticket to the pro snooker circuit. The general standard of snooker is frighteningly high now, and I was very sceptical about his chances despite his technical ability and granite-hard matchplay mentality honed from years of playing for high stakes.

I found myself religiously checking in on his matches each day on http://livescores.worldsnookerdata.com, and was delighted to see him doing really well. In the first tournament, he fell just two wins short of gaining his tour card, and in the second, he reached the final qualifying round before losing to the experienced former tour pro, Liam Highfield. Although Pagulayan missed out on becoming a pro, his excellent overall record of frames and games won, means he will get plenty of invitations to pro events this year anyway. Tomorrow, he makes his debut in the Wuxi Classic against one of snooker’s established stars, Stephen Maguire.

After losing to Highfield, Pagulayan tweeted: ‘Thanks to all my supporters. Very disappointed but hey I will get over it… OK I’m over it – whats next!’

That attitude sums him up. His colourful presence will add a lot to the snooker scene.

HOW TO BE A POOL HUSTLER (Observer Sports Monthly, 2003)

25-year old Filipino-Canadian Alex Pagulayan has been playing pool for money since he was 11. A finalist in the 2003 World Nine Ball Championship, he supplements his tournament earnings playing matches for high stakes in clubs across North America. Here he reveals his hustling secrets…

HAVE CUE, WILL TRAVEL The best countries to hustle pool are America and the Philippines (my birthplace), and Canada (where I’ve lived since I was 16) – money matches are a way of life in pool halls there. If you want to be a hustler, you’ve got to be prepared to travel. Three years ago, I spent eight months on the road in the States gambling to make a living. Being Filipino has cost me thousands in potential winnings though. Some of the best players in the world like Efren Reyes and Francisco Bustamente are from the Philippines, and American players fear the Filipino, but I’ve found ways to get some action.

KNOWLEDGE IS POWER When I walk into a club to hustle, the first thing I’m looking for is information. I want to know who’s the best player, who’s a good gambler, and, most importantly, who has the most money or money behind them (some players have a ‘stakehorse’ a guy who backs them with his own money in return for a percentage of the winnings). Personally, I travel with another player – my partner these days is a pro called Ronnie Wiseman – and we put up our own money.

FLASH YOUR CASH If you want to catch the big fish, you’ve got to show that you’ve got a lot of money. Whether you’ve got $500 or $5,000 in your pocket to play with, let the people in the club know it. The more you show, the more people will be tempted to take a chance on playing you.

WEIGHT ADVANTAGE As you get better and better known, opponents ask for ‘weight’ or ‘spot’ as we call it. For instance, I often spot my opponent the 7, 8 and 9 ball – so if he pots any of those he wins the game. I will only give a spot if I know the guy though, because if he knows me and I don’t know him I could be in big trouble.

READ YOUR OPPONENT As a general rule, it pays to be humble when you are hustling, saying stuff like, “I can’t beat you”, “You need to give me weight” blah, blah. Occasionally though, you’ve got to be cocky. Sometimes you want to piss the guy off. One time, I called this guy all the names under the sun – “You heartless bitch” and all that – just to get him mad and motivate him to get his money out and play me.

BE PATIENT Once I hustled this guy I could beat no problem. I spotted him the 5, 6, 7, 8 and 9. I played him $5 a rack, and let him beat me six games to encourage him. The next evening I let him beat me again. The following night I came back again, played my true game, gradually upped the stakes and walked out with $4,600.

MAKE THE RULES SUIT YOU In America, you can often spend two or three hours negotiating over match formats before you even play. It’s worth it though, because they play for big bucks. The longer the match, the less luck comes into it. A bet I often do is $1,000 a rack until one player gets eight racks ahead and wins $8,000 – you can’t walk off when you’re six ahead, you’ve got win those extra two to get the cash. I’ve been hustled a couple of times by lesser players in a game called ‘One Pocket’. You play with 15 balls and you can only pot them in a nominated corner pocket, one on each side of the table. These players who beat me had practised and practised this type of game and I got hustled. I’ve got better though, and not too many people can beat me at any game these days.

DON’T HANG AROUND When you’ve hustled someone for thousands of bucks, they aren’t too happy. I know of players who’ve been beaten up and even shot! Touch wood, it hasn’t happened to me. If I win, I always look behind me when I’m leaving the club and I can run pretty fast. Not sure I could out-run a bullet though… 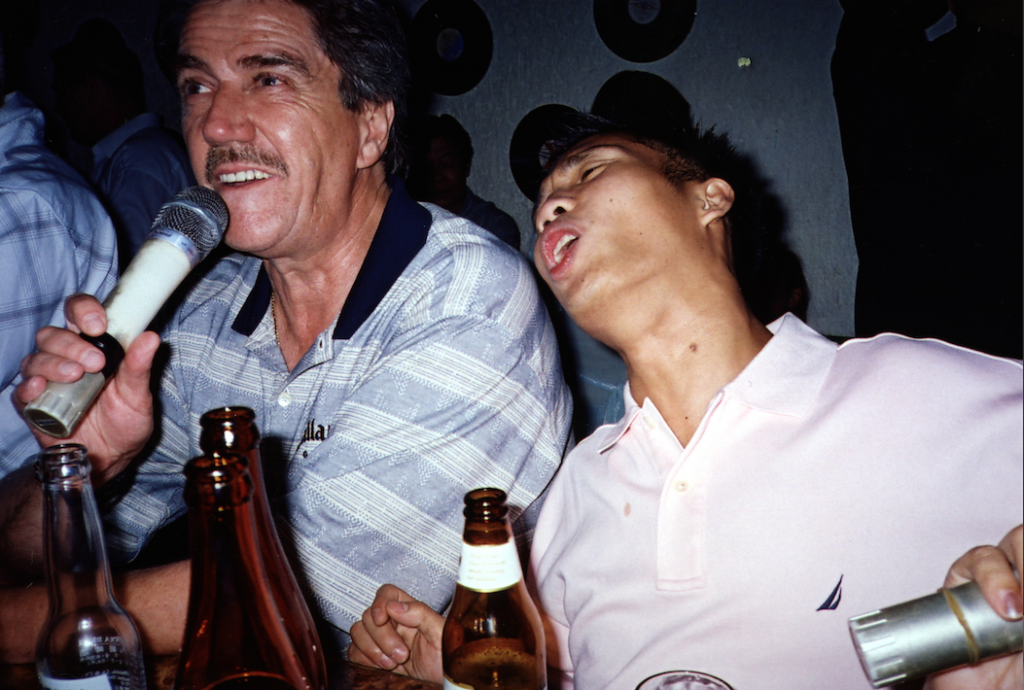 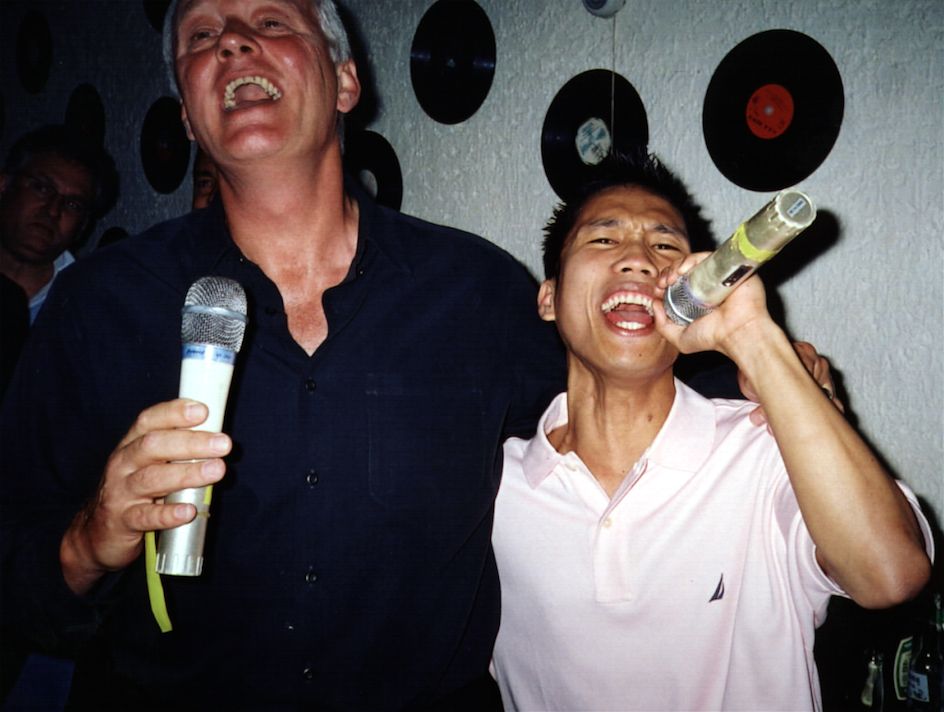 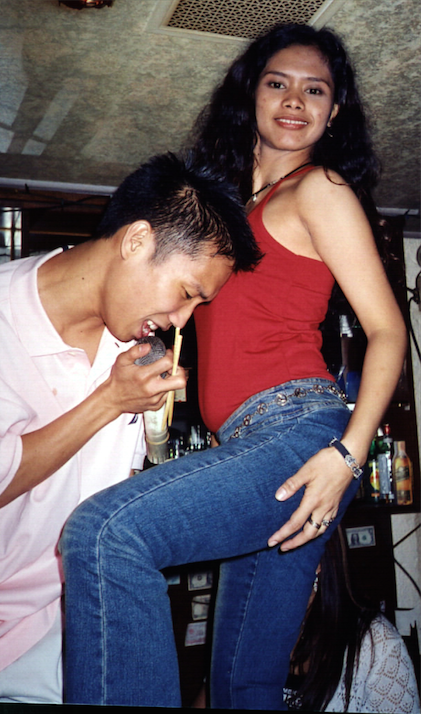 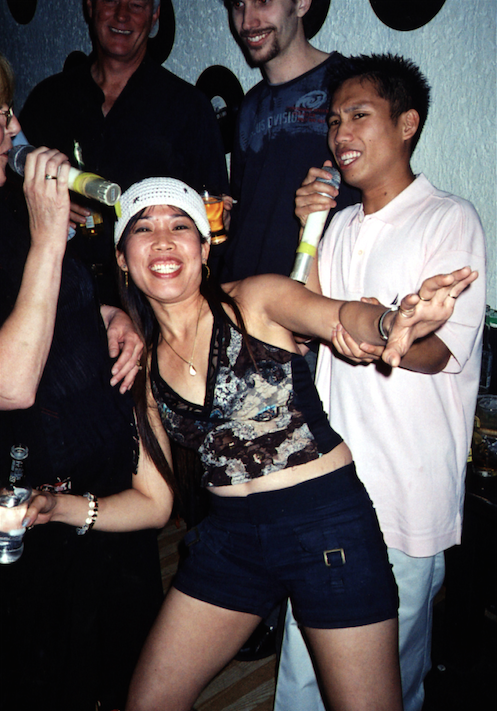